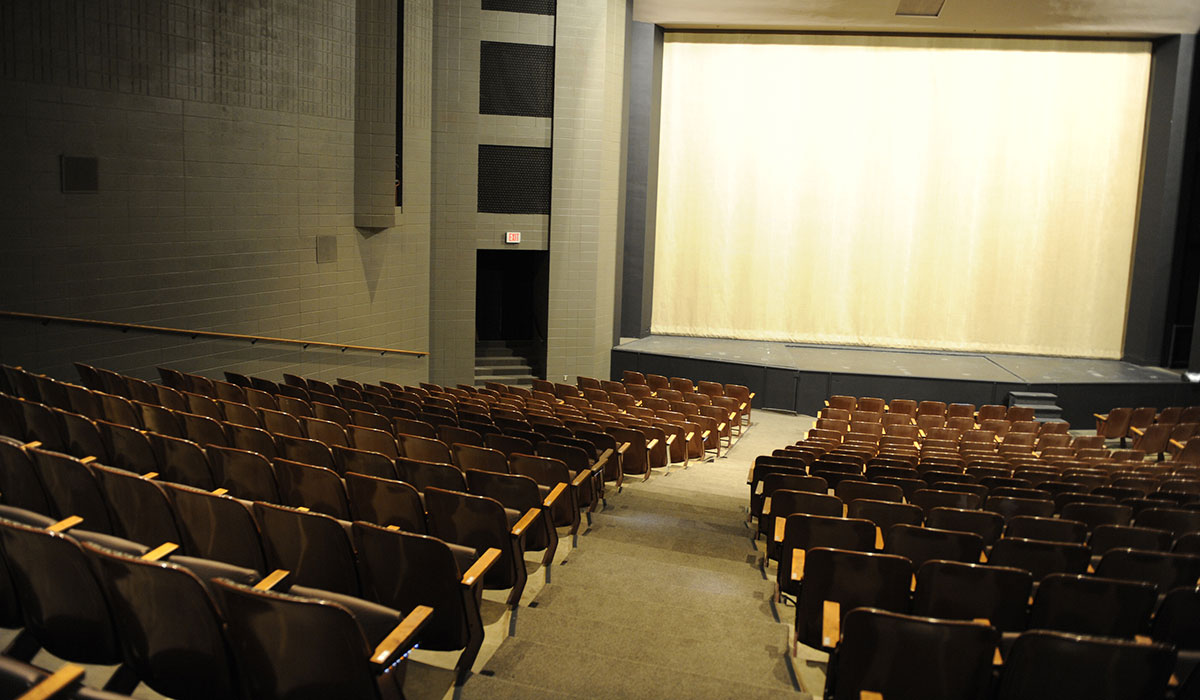 The Rome School of Music, Drama, and Art presents performances, concerts, exhibitions, and events on campus in our historic Brookland neighborhood as well as in many locations in Washington, D.C. and nearby in Virginia and Maryland. Students perform regularly in the John F. Kennedy Center for the Performing Arts, the Cathedral of St. Matthew the Apostle and our neighbor the Basilica of the National Shrine of the Immaculate Conception.

The modern Hartke Theatre hosts many of the School of Music’s popular, and often sold out, musical theater productions.  Recently the Hartke Theatre was updated with new paint, refurbished seats, and new carpet, which ensures that it will be a top-class performing venue for years to come. The Hartke Theatre has a proscenium stage and seats nearly 600 people.

The Romanesque Ward Recital Hall offers an intimate atmosphere for up to 120 audience members to attend the numerous solo and chamber ensemble concerts, and two productions that are presented by the School of Music during the academic year. Many of these concerts are offered free of charge and include performances by nationally and internationally recognized artists.

Callan Theatre, in the same building as the Hartke Theatre, ia an intimate black box theatre for mainstage and student productions.

Salve Regina Gallery, our on-campus gallery, hosts exhibits throughout the year, including work by students and professionals.

Located in the newly renovated Father O’Connell Hall, Heritage Hall, with its turn of the 20th-century wood paneling, Victorian ornamentation, and impressive chandelier, seats over 200 people and can be configured in theater or banquet seating arrangements.

St. Vincent de Paul Chapel is located on John McCormack Road, between the Millennium North and Millennium South residential neighborhoods. Built in 1949 and renovated and re-dedicated in 1992, the chapel seats 175 to 200 people in the nave and balcony combined. The chapel is equipped with a baby grand piano and a Schudi pipe organ (1987)